Importers Europe-wide say they are facing some of the most acute supply challenges of their careers across the range of timber and wood products.

Businesses attribute the situation to a unique combination of factors. Chief among them is demand surging worldwide, notably from construction, as countries have gradually eased Covid-19 lockdown rules and economies have begun to rebound. This has combined with production levels from many suppliers worldwide, of softwood, hardwood and sheet materials, still being restricted by pandemic safe work practices and shortage of workers due to sickness or isolation rules.

It has also taken some mills time to gear up production having been in temporary full or partial shutdown in the health crisis, said a plywood importer.

Raw materials shortages too have affected various sources of supply. A wet early winter restricted softwood harvesting in northern Europe. The situation was then compounded when freezing conditions followed at the start of the year. A report in the UK Timber Trades Journal (TTJ) cited north central Finland, Russia and the Baltic states being particularly affected.

Increased consumption of European softwood by US importers is adding to market pressure. Due to its booming construction sector, America is forecast to import a total of 25 million m³ of softwood from around the world this year to help meet predicted consumption of 81 million m³.

Mild conditions at the beginning of winter also restricted log supply for Russian birch plywood producers, with their output further constrained by harvesting refocusing on pine to satisfy strong demand from European construction. Adding uncertainty there is the prospect of EU anti-dumping duty on Russian ply. We don’t know if or when this will happen, or how much it will be, but it’s resulted in a rush for delivery by May or June, said an importer-distributor. 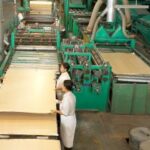 Compounding inflationary pressure in hardwood and sheet materials markets are unprecedentedly high freight rates out of Asia due to disruption in container distribution during the pandemic. One European hardwood importer said they had recently been quoted $16,000 per container from Indonesia. Plywood importers quoted in an International Tropical Timber Organisation market report in March hadn’t experienced that sort of level, but said container rates of $7-9,000 out of China, Indonesia and Malaysia were now the norm. That compared to $1,500 to $2,000 last October. Many had subsequently switched to break bulk, but rates are consequently rising here too. A hardwood plywood importer said break bulk charges now range from $90-100/m³ for shipments from Asia to continental European ports and $100-110/m³ to the UK, while containers were costing $135-150/m³.

As much a concern as continuing high freight rates, said another agent-importer, is the possibility of a sharp and sudden correction. At the moment, due to the tight and uncertain supply situation, hardwood plywood customers are buying as much as they can and placing forward orders to July, August, even September, they said. If freight rates drop rapidly, big stockholding importers and distributors especially could face painful depreciation levels.

US hardwood supply has also continued to tighten. This is attributed to rising domestic and export demand, with Asian buying ramping up once more, plus the hangover from pandemic production constraints and particularly the tough winter affecting harvesting. All American hardwood species are affected, but the situation in white oak is particularly severe, with forward contracts virtually non-existent, said one importer.

The supply situation has led to timber and wood products price inflation across the board. UK importers report C24 construction softwood up 63-67% on levels a year ago, while a continental European trader said Finnish softwood plywood prices had recently risen an additional 8% and Eastern European 20+% just in recent weeks. The basket of Asian hardwood plywood is reported ahead a further 10% this year and Russian birch plywood up 20-25% just recently. So Elliotis is virtually priced off the European market, they said.

According to the US hardwood lumber export price index, the basket of 12 lead commercial species is up 18% in price since October, while importers report white oak 40%-50% up on a year ago. 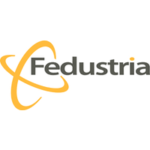 Fedustria says its importer members report ‘demand increasing enormously in recent months’. At a meeting in February, however, they also highlighted the challenging supply situation and resulting delayed delivery and stock shortages. Hardwood, softwood and plywood were all impacted, with contributory factors impacting availability, besides Covid-19 including Chinese New Year, weather conditions and container freight disruption.

Fedustria also highlighted concern about the situation from the furniture sector in Belgium and across Europe, as summed up by a statement from the European Furniture Industries Confederation (EFIC). The shortage of raw materials, limited cargo and freight capacity and labor constraints due to COVID-19 safe work practices are severely hampering the sector’s production capacity, it said. The furniture industry calls on suppliers to do what they can to prevent delays in material delivery and not to incur extra costs for raw materials supply, which will hamper swift recovery from the pandemic. 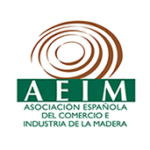 AEIM also convened an online conference of members to discuss the situation. Members reported problems sourcing Nordic softwood, due to the global construction upturn and particularly demand from the US, with China also increasing procurement. Glulam availability was impacted by weather disrupting softwood harvest and the ongoing effect of the central European spruce bark beetle infestation. American southern yellow pine was also in short supply due to demand from US construction.

American hardwood was described as being on an ‘unprecedented path’ with ‘prices rising uncontrollably’ across species.

Members said we’re longer talking about prices for one specific US hardwood or another. Everything is going out of control due to rising demand, with the pandemic limiting log supply and seeing many smaller sawmills closing, reported AEIM.

The resurgence of Chinese buying, particularly of one inch material for flooring, was also reported to be contributing to availability constraints and rising prices for European oak, with Spanish buyers focused on sourcing from Serbia, Slovenia and Croatia due to supply problems out of Romania and Ukraine.

While the African hardwood sector was reported to be impacted less and later by the pandemic, Spanish importers were experiencing ‘significant delays’ in shipments. Traders elsewhere in Europe attributed this to international demand and Covid-19 safe work practices curbing output. Sapele was said to be further constrained by less material coming out of the forest in current harvest cycles. 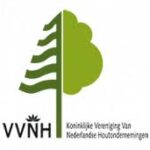 Dutch importers are also describing supply issues as unprecedented with one Netherlands Timber Trade Association member commenting that they hadn’t witnessed anything like current pressures in 35 years.

The situation is reported particularly affecting construction softwood, but is prevailing in all sectors, reported the NTTA. There is no escaping rising price levels, with 40% increases over the year no exception and fluctuations to 80%.

The good news from timber importers’ perspective is that their customers and the wider consumer market have so far largely absorbed timber price rises. As a result of they are making solid profits.
If you can’t make a good margin in the current climate, you never will, said one importer.

Looking forward, the consensus is that the overall supply situation will remain tight for several months to come, some believe up to Q4, with prices across the timber market remaining firm or trending further upwards. Generally, we expect it to remain easier to sell timber than source it, said another trader.

But, inevitably, say importers, the heat must eventually come out of the market. The key question is when and how rapidly.

Currently everyone is buying everything they can and, for most, price is seemingly not a consideration, said one. But what goes up must come down and we will see a market adjustment. We can only hope that the correction, when it comes, is gradual, so businesses can manage the transition to more normal market conditions and are not left holding an excess of overpriced stock.